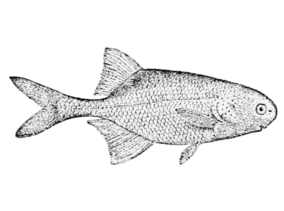 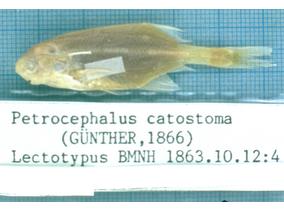 The form of the snout is nearly the same as in Mormyrus (i.e., Pollimyrus) isidori, the cleft of the mouth being at the lower side of the snout, behind the front margin of the orbit. Teeth small, dilated and notched, forming a complete series round the margin of both jaws. The origin of the dorsal fin is a little nearer to the root of the caudal than to the occiput. The pectoral extends somewhat beyond the middle of the ventral, which is rather more than half as long as the pectoral. The height of the body is contained thrice in the total length, the length of the head thrice and two-thirds. Uniform silvery, back blackish.