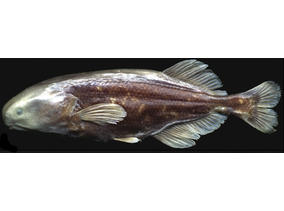 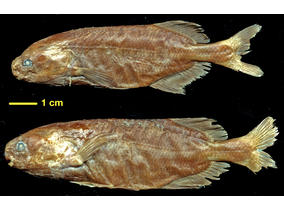 Stomatorhinus are small-sized mormyrids diagnosed by widely separated nostrils on each side of the head, with the posterior nostrils located beneath the anterior nostrils and close to the rictus of the mouth (in all other mormyrid genera the posterior nostrils are remote from the mouth). A second putative synapomorphy for the genus comes from the study of neuroanatomy: the electrosensory lateral line lobe has two distinct zones on each side of the midline in seven assayed species of Stomatorhinus in contrast to the three distinct zones found in all other mormyrid species examined to date (Bell & Russell 1978; McNamara et al. 2005).